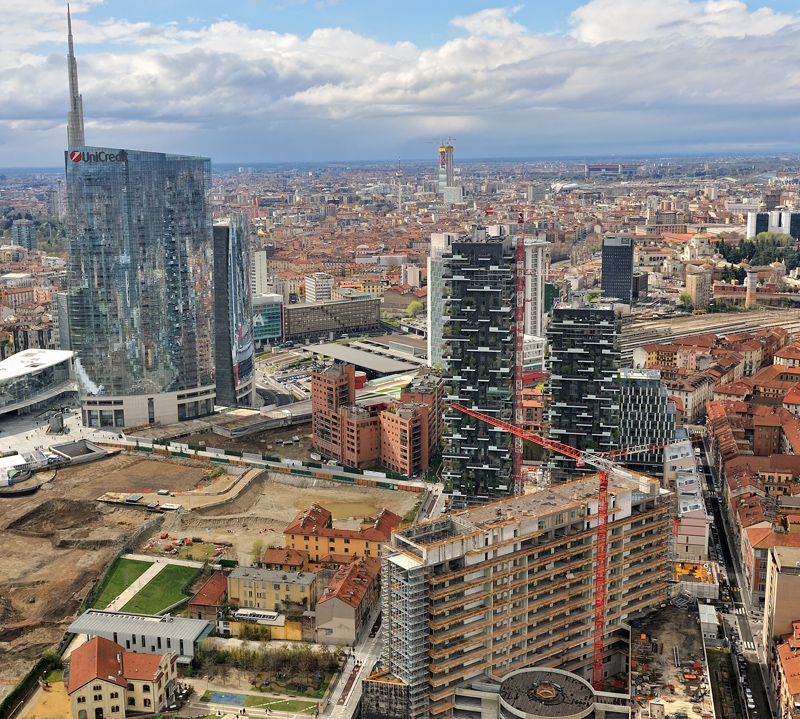 Milan is the capital of the Lombardy region, it's the most populous metropolitan area and the second most populous comune in Italy. The population of the city center is 1,346,000, and that of the Metropolitan City of Milan is 3,209,000. According to Eurostat, the commuting area has 4,252,000 inhabitants but its built-up-urban area (that stretches beyond the boundaries of the Metropolitan City of Milan), has a population estimated to be about 5,270,000 in 1,891 square kilometres (730 square miles), ranking 4th in the European Union. The wider Milan metropolitan area, known as Greater Milan, is a polycentric metropolitan region that comprehends almost all the provinces of Lombardy and the Piedmont province of Novara and has a population of about 8,500,000 people.

Milan is the main industrial and financial centre of the country and one of global significance. In terms of GDP, it has the 2nd-largest economy among EU cities after Paris, and the largest among European non-capital cities.

The province of Milan is home to about 45% of businesses in the Lombardy region and more than 8 percent of all businesses in Italy, including three Fortune 500 companies. Milan is home to a large number of media and advertising agencies, national newspapers and telecommunication companies, including both the public service broadcaster RAI and private television companies like Mediaset, La7 and Sky Italia, and media companies Feltrinelli, Mondadori, RCS Media Group. In addition, it has also seen a rapid increase in internet companies with both domestic and international companies.

Milan is a major world fashion centre, where the sector can count on 12,000 companies, 800 show rooms, and 6,000 sales outlets (with brands such as Armani, Prada, Versace, Valentino and Luxottica), while four weeks a year are dedicated to top shows and other fashion events. The city is also an important industrial and manufacturing centre, especially for the automotive industry, with companies such as Alfa Romeo, Pirelli and Techint having a significant presence in the city. Other important products made in Milan include chemicals, machinery, pharmaceuticals and plastics, and food & beverage. The Campari Group is headquartered in Milan.

Milan is the home to Italy's main banking groups (198 companies), including Banca Popolare di Milano, Mediobanca, Banca Mediolanum and UniCredit Group and over forty foreign banks. Also, most asset management companies are based in Milan, including Anima Holding, Azimut Holding, ARCA SGR, and Eurizon Capital. The Associazione Bancaria Italiana representing the Italian banking system and Milan Stock Exchange (225 companies listed on the stock exchange) are both located in the city. The city can boast one of Europe's largest trade fair systems of over 1,600,000 m2 (17,222,257 sq ft) and about 4.5 million visitors flock to the around 75 major events every year from all over the world as well as to the high-tech conference centres.

Milan is currently undergoing a great urban renewal. FieraMilano, the historical city trade fair operator, owned a fairground known as "FieraMilanoCity", which was dismantled to be house for a major urban development, CityLife district. The new trade exhibition centre, built in the north-western suburb of Rho and inaugurated in April 2005, makes FieraMilano one of the largest expo areas in the world. Along with CityLife, many other construction projects are under way to rehabilitate disused industrial areas.

Do you have an office to rent?
CONTACT US